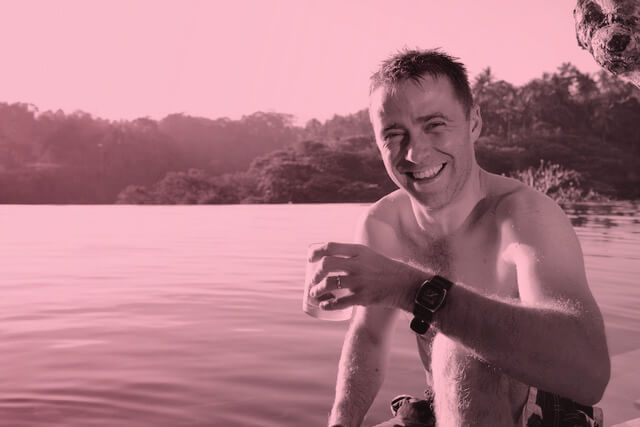 Philip Inghelbrecht: „opportunities don´t come in your way, you have to go find them yourself.“

Tell me something about you, about your education, your family…

I grew up in Belgium and my parents weren´t highly educated, but they were definitely hard workers. I actually grew up in a family store: not like a corner store, not a supermarket, but something in between. My parents worked a lot, and I think about the time when I was 7 or 8 years old I learned from them the importance of hard work.

I still remember my first paid job selling Christmas trees for my dad and I will never forget this. People came to the store to buy a Christmas tree and for every tree I sold I got around 10 cents: that was my pay, my commission. But what my dad didn´t realize is that when I took those Christmas trees, when I carried them as a little boy and I tied them in their cars, people were so impressed that they gave me the equivalent of 1 or 2€ as a tip. And my dad didn´t realize that I was making so much money. That is when I learned the importance of hard work and I have actually worked ever since. At the same time it was fun, because unlike my friends I always had money to spend.

I still truly believe in that: opportunities don´t come in your way, you have to go find them yourself. Sure, you can have a dose of luck, but hard work definitely gets you there. Work is the thing that describes me and tells a lot about me. I have had various jobs: my first job was in investment banking, then music industry, then speech recognition. Then I went to video, with Youtube, then to TrueCar and then general businesses. And now I am back in advertising technology. So I got to all these different industries and it is actually very exciting to change regularly because it is very difficult. When I went into TrueCar, I didn´t know anything about motorcycles and I had to learn all that. So the first 6 to 12 months were like drinking water from a firehose. But I believe that anybody can change jobs, can change industries: if you are willing to work hard and learn, you can do it. It is hard at the beginning but at the end it is very satisfying.

What is your passion?

First of all, my family: I have two little girls and I love playing with them and going out camping. I am also passionate about sports and specifically, water sports: I swim almost a mile every day, I surf, I kiteboard. Basically I love to do anything on the water that doesn´t involve an engine because I hate motorboats. And thirdly, probably my job: I am starting a new company and it is really satisfying to develop an idea, turn it into a product and get a whole team of people behind it. When there are so many people it is not your idea anymore: everyone is sharing and it is remarkable to experience that. There is nothing more satisfying than starting your new company.

How does your life look like? How do you spend your days?

I wake up early in the morning at 5.30, I work a little bit and I get my kids ready for school. Then I take them to school and then I do my work. I pick up the kids from school and do some exercise, because I have realized that when I exercise around 5 or 6, I feel like a million dollars by the time it is 7 or 8. And then I work until midnight or hang out with friends. I watch very little TV.

Where do you find your daily inspiration?

In two things. First of all I read a lot, between 45 minutes and one hour every day, mostly online –including social media. But my greatest source of inspiration is talking to people. I try every day to talk to at least two people that I don´t know or I haven´t met, mostly in the context of my business. I ask them questions, where they can give me some advice, and one of three conversations of this kind is with amazing people with some great ideas. That’s truly inspiring. The other two-thirds are not so inspiring, but that is the price you pay to find inspiration.

Looking at your past, you have changed jobs very often. Why did you choose to go for such different industries and businesses?

I guess I am an eternal optimist: I always see the glass half full and I when I see things and think they are amazing, then I want to do it. I really love learning about new things and they strike me as something I want to pursue. As I said my first job was in investment banking: I was 24 years old and I had to sit all day and look at screens. I was looking at my colleagues around me that were 35. And I thought I didn´t want to be like them in 10 years, so I left. That didn´t mean that I didn´t like investment banking. But it just wasn’t what I wanted to do for the rest of my life.

After that I went back to school and one of the first people I got to know was my co-founder of Shazam, Chris Barton. We were classmates and became friends and we wanted to start a business together, but we didn´t know what kind of business to do. We had a lot of ideas: some of them very silly, some of them very good. After a year eventually we came up with Shazam. I guess both Chris and I knew that there is nothing more rewarding – I mean not just financially, but also emotionally – and Shazam was born that way.

Do you have a special relationship with music?

I love music, I listen to music every day. But I don´t really have a special relationship with the industry. I actually didn´t know anything about it, like the difference between record label and a publisher, etc. but I learned about it. Today, I do have a special relationship with music, in fact I still write articles about the music industry because I am passionate about it.

Do you already have an idea about your next business?

Maybe in 5 to 10 years from now I would love to start a non-profit organization to educate the Silicon Valley on hiring more people from the U.S. Military, because they have an unbelievable sense of execution, eye for detail and they are very respectful. At the same time I would love to train them in the Silicon Valley: Things like the necessary habits, the language, the business models. After one or two weeks I’d try to place them in companies like Google, because they haven´t realized how good they are.

Do you have a dream?

20 years ago nobody died around me, everybody was young. And now it bothers me that so many of the people that I know, my friends, etc. are getting cancer or getting sick and thatreally upsets me. If I had a dream it would be to have very fast medical advances to cure some of these diseases.

Is there some advice that you would give yourself as a 14 year old?

Of course, and I still remind myself everyday: take more risks. No risk means no reward. And I often say this to younger people: do something every day that scares you. It doesn´t mean you have to jump from a bridge, just do something. Like play soccer with your left foot and see what happens; if you see a pretty girl or a pretty boy, take your chances and ask him/her out.

I think I did well. I have taken a good amount of risks, but I wish I would have taken more, because when you are 40+ your risk profile naturally changes: you have more responsibilities and obligations towards other people. So to a 14 year old I would say: work hard and take risks, be a little more reckless.